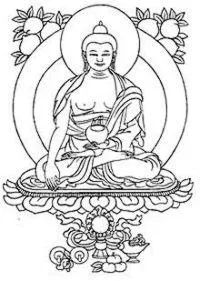 I mentioned in   An-atta: On Self and Non-self that because all things are conditioned, ever in flux and transient (anicca) they have no stable, no ‘real’ independent identity (an-atta). And that the an-atta doctrine   is extremely difficult to comprehend.

And, Yet, it is the Buddha’s strategy to free oneself from identities and attachments. The Buddha guided his son Rahula to understanding of impermanence, and of how one has no stable independent identity (anatta). Let’s see how.

1.1. The discourses delivered by the Buddha are classified in any number of ways. One such way of classifying his discourses is to treat them as those delivered as explanations or replies  in response to questions posed by bhikkus, ascetics, kings, laymen etc; and , as those imparted by the Buddha voluntarily on his own accord. The better known among the discourses of the latter class are two discourses that the Buddha imparted to his son Rahula.

1.2. The first of the two (ambalatthika-rahulo-vada) was administered to Rahula when he was a boy of seven years. This one teaches Rahula about importance of speaking truth and the courage it takes to speak truth. The Buddha also asks his little boy to exercise diligence in thought, word and deed; and to assess in his mind the consequences that might befall him as well as others.

1.3. The second discourse (Maha- rahulo-vada) was imparted by the Buddha when Rahula was about eighteen years of age, on the threshold of blossoming into a fine young man. This Sutta teaches the ways to develop the perception of impermanence, abandoning the conceit of “I” notion (an-atta); and developing Mindfulness of the skandas (the aggregates that form the body) and Mindfulness of breathing.

The following is a brief account of the Sutta in a summarized form.

2.1. The Buddha addressed in this Sutra as Sugata (one who speaks only what is true and beneficial) states that all matter in the world, whether be it in past, present or future; far or near; gross or subtle; or whatever should be perceived with the right understanding,”This is not mine; this is not ‘I’; this is not my atta (self)”.

He clarifies that sensations, perceptions, mental formations (sanskara) or consciousness or whatever are also matter. They too should be viewed with the right understanding,”This is not mine; this is not ‘I’; this is not my atta (self)”.

2.2. He then goes on to explain that the body is composed of five elements (dhatu):

:- of water  (apo dhatu –fluids and the property of fluidity in the body);

:- of fire (tejo dhatu – heat and properties of heat in the body);

:- of space (akasa dhatu– element of space and of void between the particles of matter and which separates them as also those in the property of space; and  that which takes in what is consumed by the body).

2.3. Each of these elements (dhatu) in the body is one with the corresponding element in the outside world.

3.1. The Buddha asks Rahula to cultivate the practice of meditation in succession, on each of these elements, to become in mind like unto each element.

:- “Like unto earth not distressed, shamed or disgusted when unclean things are cast upon it”.

:- “Like unto water, not attached; not distressed, shamed or disgusted when it comes in contact with clean or unclean things”.

:- “Like unto fire not distressed, shamed or disgusted when it burns up a clean thing or an unclean thing.”

:- “Like unto air not distressed, shamed or disgusted when it blows upon a clean thing or an unclean thing”.

:- “Like unto the sky that does not stand upon anything and yet covers all agreeable and disagreeable things”.

4.1. The Buddha then asks Rahula to cultivate the  practice of meditation on other forms of matter too :

:- on compassion (karuna) to be rid of desire to injure;

:- on sympathetic joy (ananda) to be rid of aversion;

:- on equanimity (samata) to be rid of malice;

:- on foulness (dvesa) to be rid of attachment (raga); and

:- to cultivate the practice of meditation on the concept of impermanence (kshanika) to be rid of the conceit of atta ‘self’.

4.2. The nature and attributes of these sensations, perceptions, and mental formations too should be viewed with the right understanding: “This is not mine; this is not ‘I’; this is not my atta, self”.

4.3. He thereafter teaches the practice of mindfulness of the in-coming and out-going breath; and says ‘if you practice mindfulness again and again it should be immensely fruitful and greatly advantageous”.

5.1. Rahula then practices mindfulness as he sits in a secluded place under a tree, cross-legged and keeping his body erect. He gently breaths in and breaths out with complete mindfulness.

He trains himself to be clearly conscious of the whole stretch of the in-coming breath (at its beginning, at its middle and at its end).

He trains himself to be clearly conscious of the whole stretch of the out-going breath (at its beginning, at its middle and at its end).

He trains himself to calm down the strong inhalation as he breaths in.

He trains himself to calm down the strong exhalation as he breaths out.”

“Each time he inhales and exhales, he trains himself to be clearly conscious of sensations of piti (joyful satisfaction), of sukha (bliss), and of vedana (sensations and perceptions).

“He trains himself to inhale and exhale with settled mind (on object of contemplation) liberated from defilements”.

“He trains himself to inhale and to exhale with repeated contemplation of each of these aspects of Dhamma (phenomena):  impermanence of self (an-atta); of destruction of attachment or craving or passion (raga); cessation of conditioned existence; and the discarding of defilements”

5.2. The Buddha concludes the teaching to his son:

“Rahula, mindfulness of inhalation and exhalation when thus cultivated and practiced repeatedly is immensely fruitful and greatly advantageous.

Rahula, when mindfulness of inhalation is cultivated and practiced repeatedly the final inhalation of breath (moment of death) comes to cessation consciously”.

5.3. It is said; venerable Rahula delighted and rejoiced at the words of the Bhagava. 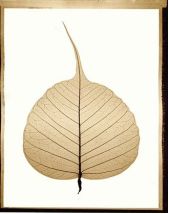 Pictures are from Internet

Posted by sreenivasaraos on September 28, 2012 in Buddha, Buddhism, Indian Philosophy