RSS
← Kashi the city of lights
The other migrations →

The arrangement and display of colourful dolls (gombe) is very much a part of the festivity and celebration of Navaratri in the Mysore region. The children take great delight in dressing up the dolls and in innovating new themes each year.

Since Navaratri is primarily the celebration of Mother’s Glory, her images are prominently displayed. Here is a most delightful collection of traditional deities –Saptha Matrika, a set of seven aspects of Devi, comprising: Brahmi; Chandika; Indrani; Kaumari; Maheshwari; Varahi and Vaishnavi. Please also see the Devi Mantapa and the silver idol of the Devi meant for daily worship. I trust you will enjoy the Gombe display on screen.

[ I gratefully acknowledge the delightful source of the Gombe-s, the Ramsons Kala Pratishtana, Mysore.

I am delighted to see these pictures of ‘Bombe Mane 2008’ here. It was in 2008 that we at Ramsons Kala Pratishtana had put up this Sapta Matrika display at the Bombe Mane exhibition at Pratima Gallery, in front of Zoo, Mysore. I am also delighted with the positive response to our display. You can read more about Bomabe Mane at http://bombemane.blogspot.in ] 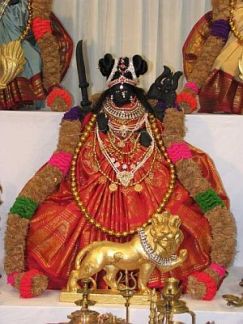 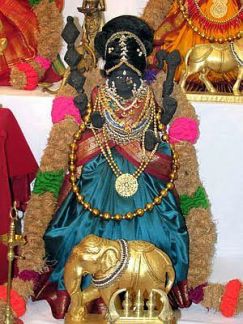 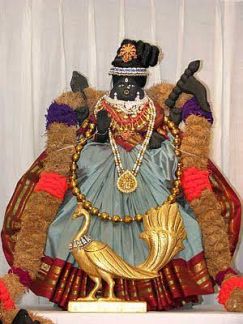 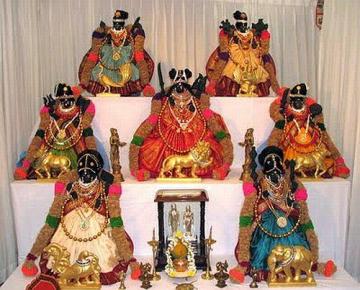 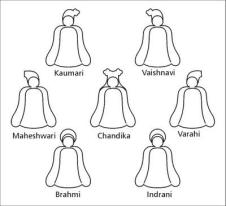 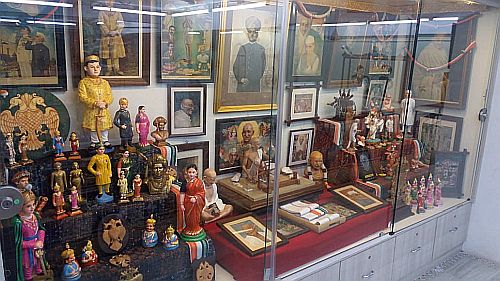 Posted by sreenivasaraos on October 8, 2012 in Devi, General Interest, Saptamatrka

← Kashi the city of lights
The other migrations →